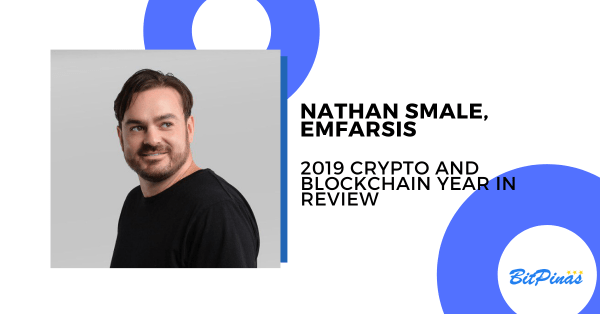 Nathan Smale, Principal Consultant at Emfarsis, shared his insights about the Philippine blockhain and cryptocurrency landscape in 2019. You can read the full article here: Nathan Smale, Emfarsis, [PH 2019 Crypto & Blockchain Year in Review]

In May, Ronald M. Tucker and his business partner Anson Zeall from ACCESS Singapore, engaged Emfarsis to help launch the inaugural V20 Summit in Osaka, Japan.

Held in parallel to the G20 Leaders’ Summit, the V20 Summit was a chance for the crypto industry to discuss a new set of global recommendations from the Financial Action Task Force, designed to prevent money-launderers and terrorists using crypto to conduct financial crime.

In attendance at the V20 were executives from crypto exchanges from around the world such as Kraken, Huobi, BitMex, BitFlyer, Circle, Coinbase, Coincheck, Bitfinex, OKCoin and our very own Ron Hose from Coins.ph, just to name a few. 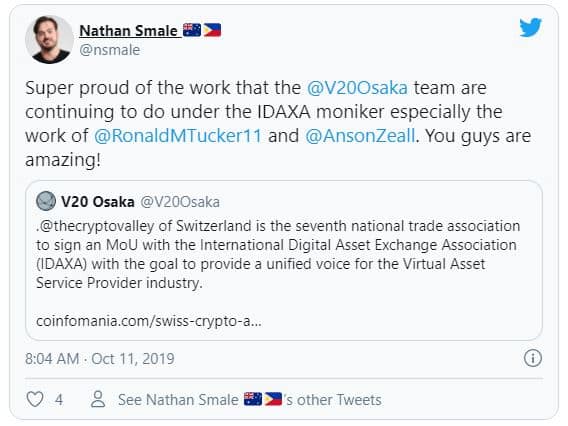 Nathan revealed that 4 of the 5 organizers of the V20 summit in Osaka were based in the Philippines, hence the country played a critical role in making the summit happen.

“The V20 was a very important moment for the future of the crypto industry and my personal highlight for the year.”

Nathan said it was the FATF guidance regarding VASPs that prompted the V20 Summit; and it is also what allowed them to bring the world’s leading crypto exchanges together to collaborate toward a common goal.

“I see 2020 as the year where the Philippines really stands up to be recognised as a hub for FinTech/Crypto/Blockchain activity.”

Nathan said that he thinks the Philippines over-indexes in its ability and desire to learn, yet is still largely undervalued in many regions. But he thought that is going to change. “The world is about to take notice,” he concluded.